With Gold Aplenty, It's Time for Family 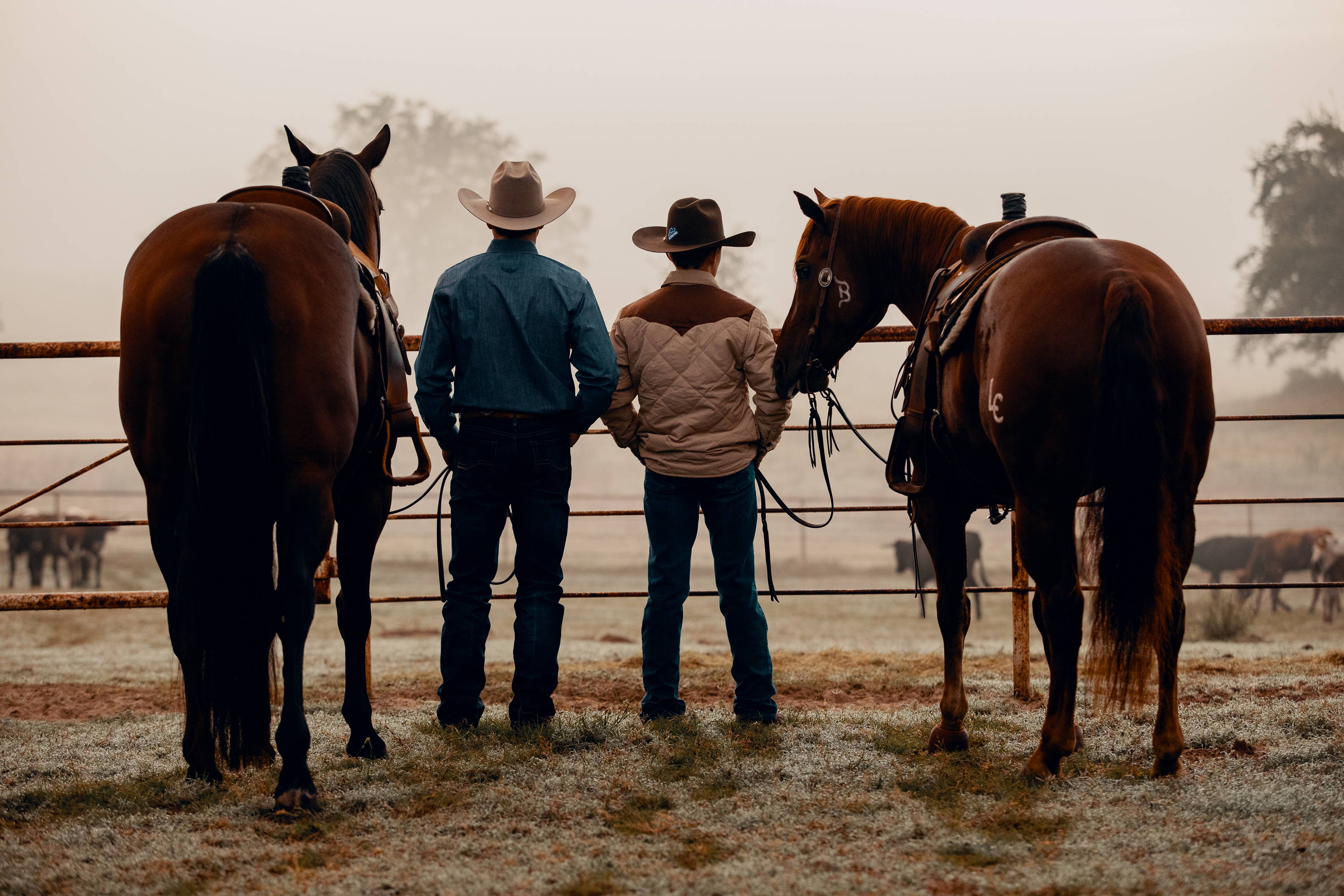 Treston Brazile is 14 years old, stands almost as tall as his daddy and is about to be a freshman in high school.

He’s an all-around athlete, like his sisters, Style and Swayzi. With a Resistol perched on top of his head, he has a striking resemblance to his father, Trevor, the winningest cowboy in rodeo history.

Rodeo is still who Trevor Brazile is and who he always will be. He’s been enshrined in halls of fame, and his accolades will continue to be shared for decades to be come. There have been several Kings of the Cowboys over the years, but nobody embodies it like Brazile, who owns a record 26 PRCA world championships, 14 of which are all-around gold buckles.

But life these days is about Treston and Style and Swayzi. Their early years were spent watching Dad rule the rodeo world, where he was just one of two men to have qualified for the National Finals in all four roping disciplines, joining Dale Smith with that distinction. Trevor Brazile also owns world titles in tie-down roping (2007, 2009 and 2010), heading (2010) and steer roping (2006-07, 2011, 2013-15, 2019-20). Twice he earned the Triple Crown by winning three world championships in the same year (2007 and 2010) and has had two horses of the year, Tweeter in tie-down roping in 2002 and Sic ’em in heading a decade later.

Now 45 years old, he prefers to spend his time with his family’s activities, whether it’s watching Swazi scoring goals in soccer or Style driving in for a layup in basketball or seeing Treston throw another touchdown pass. He and his wife, Shada, are like any proud parents. They sit in the stands and cheer, offering the support they’ve received in their lifetimes.

Trevor Brazile side-stepped the game he’s played all his life a few years ago. His last National Finals Rodeo was in 2018, but he’s added two more world titles since – he claimed the 2019 and 2020 steer roping golds while focusing on that event more and spending less time on the road.

In July, he was inducted into the ProRodeo Hall of Fame, his most recent accomplishment.

“Accolades are great, but to know you have contributed to make this sport better than you found it … that’s probably the biggest compliment anybody could ever give you,” he said during his induction speech on July 16 in Colorado Springs, Colorado. “I would probably debunk all the laws of positive thinking because I had just hoped at some time I would be fortunate to get a world championship, that would be awesome.

“To have multiple world championships and records is great. Records are made to be broken, and I have no doubt someone is going to come along and break more records, but I will know if they break those records, they will get to hang out here one day at the Hall of Fame.”

Brazile first qualified for the NFR in 1998, heeling for J.P. Wickett. Since then, his list of accomplishments has only grown. His biography in the most recent full PRCA Media Guide takes up five and a half pages. Of course, winning Montana Silversmiths gold buckles in three roping disciplines and the all-around race is noteworthy.

“I didn’t want to be specialized,” he said during his induction speech. “There’s nothing wrong with it; it just wasn’t for me. I wanted to be known as a cowboy and not specialized in any one discipline. That was the way I went at it. Yeah, there were some ups and downs, but when you are standing here on a day like today, it is well worth the sacrifices it took.”

Treston, Style and Swayzi may very well follow in their father’s footsteps and be rodeo world champions someday. That would be a great legacy, but that’s not what drives the family. As Trevor Brazile has proven, being there for each other is what matters most. 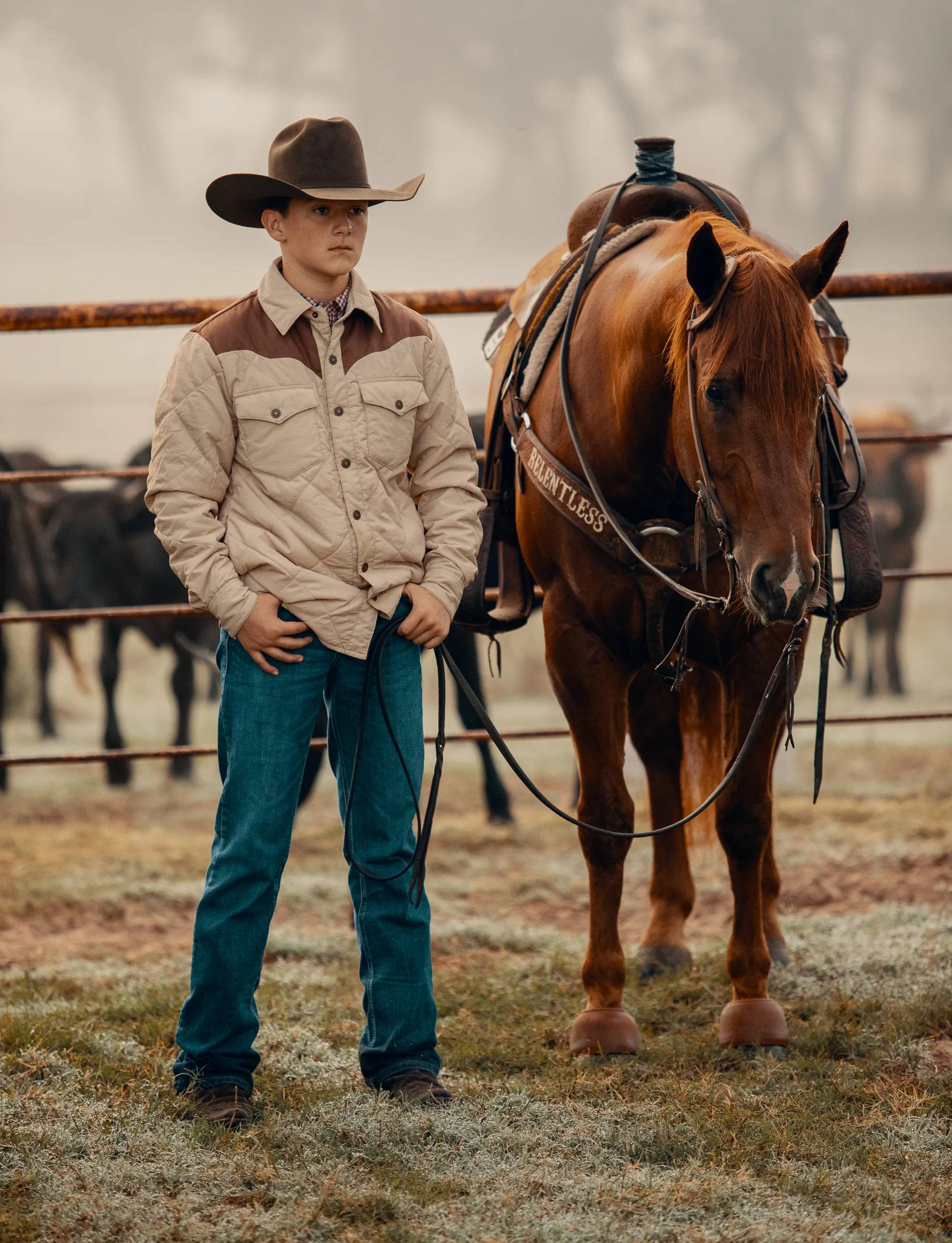