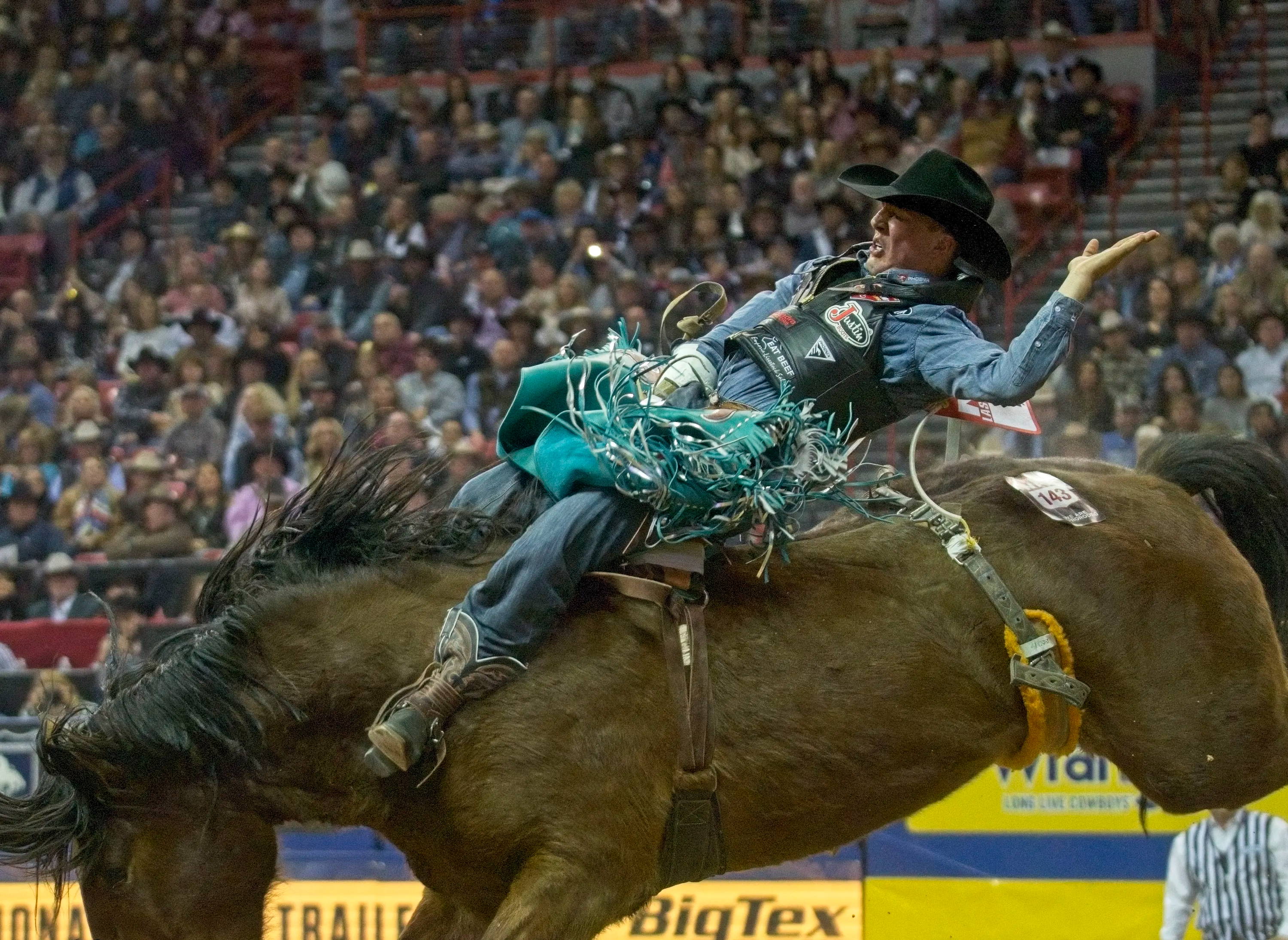 Why is that so important?

“The first school I ever went to, Will Lowe was the instructor – it would have been 2007,” said Pope, 24, of Waverly, Kansas. “When I first walked in there, I thought he was a kid that was getting on. He stepped up and started the school. He had his gold buckle on, and I seen that and thought, ‘I want that,’ and now I’ve got it.”

“That’s a pretty special deal for our family,” Jess Pope said. “I’m pretty proud of what he’s done this year.”

Ty Pope won the first title while competing at Missouri Valley College, Jess Pope’s alma mater. Ty Pope won the second national honor while his brother was on injured reserve through the month of July. He had suffered a right-foot injury to kickstart the month and stayed out of competition for several weeks.

“I tore the plantar facia tendon in my right foot,” Pope said. “I had a horse roll over on me in the middle of the arena. It was hard. I didn’t know how long it would take to heal. I did everything I could, and I was fortunate to come back at Dodge City (Kansas) a month and a week later, five weeks.

“It hurt for another three weeks every time I’d’ get on. I’d get off and hobble across the arena. I did it, and it paid off.”

He placed eight nights, including two round wins. He earned $231,361 in 10 days of work in the Nevada desert, with $74,150 coming from his third straight aggregate title. He rode 10 horses for a cumulative score of 860 points, eight points better than the runner-up, Texan Cole Franks, who is also one of Pope’s traveling partners.

Franks finished third in the world standings. The other member of the traveling posse, three-time world champion Tim O’Connell, finished sixth in the aggregate and sixth on the final money list.

The one to talk about, though, was Pope. He finished his powerful campaign with $390,620 and beat the runner-up, six-time titlist Kaycee Feild, by more than $74,000.

“It’s something I’ve dreamed of since I was a little kid,” Pope said. “It is a lot of work getting here. We sit off October and November, and it’s the fastest two months ever to get ready for this. It doesn’t feel like a long enough time, but it is what we get.

“It was worth all the work coming into this.”

While the rodeo world has known about Pope for a few years, he announced his presence to everyone else with his resounding victory in Las Vegas. He takes a businessman’s approach to the game he plays, and that came in quite handy on the final day.

The gold buckle was his to lose when he arrived at the Thomas & Mack Center. If competing inside that storied building isn’t stressful enough, consider a day spent contemplating what could be and what’s about to happen.

“It was hard knowing that all I had to do was come knock out this one more, and I got what I wanted,” he said. “I get a goal I’ve wanted my whole life. It was God’s plan. I showed up, and He allowed it to happen. He took all the negative thoughts away. It was perfect. It was the way it was supposed to be.” 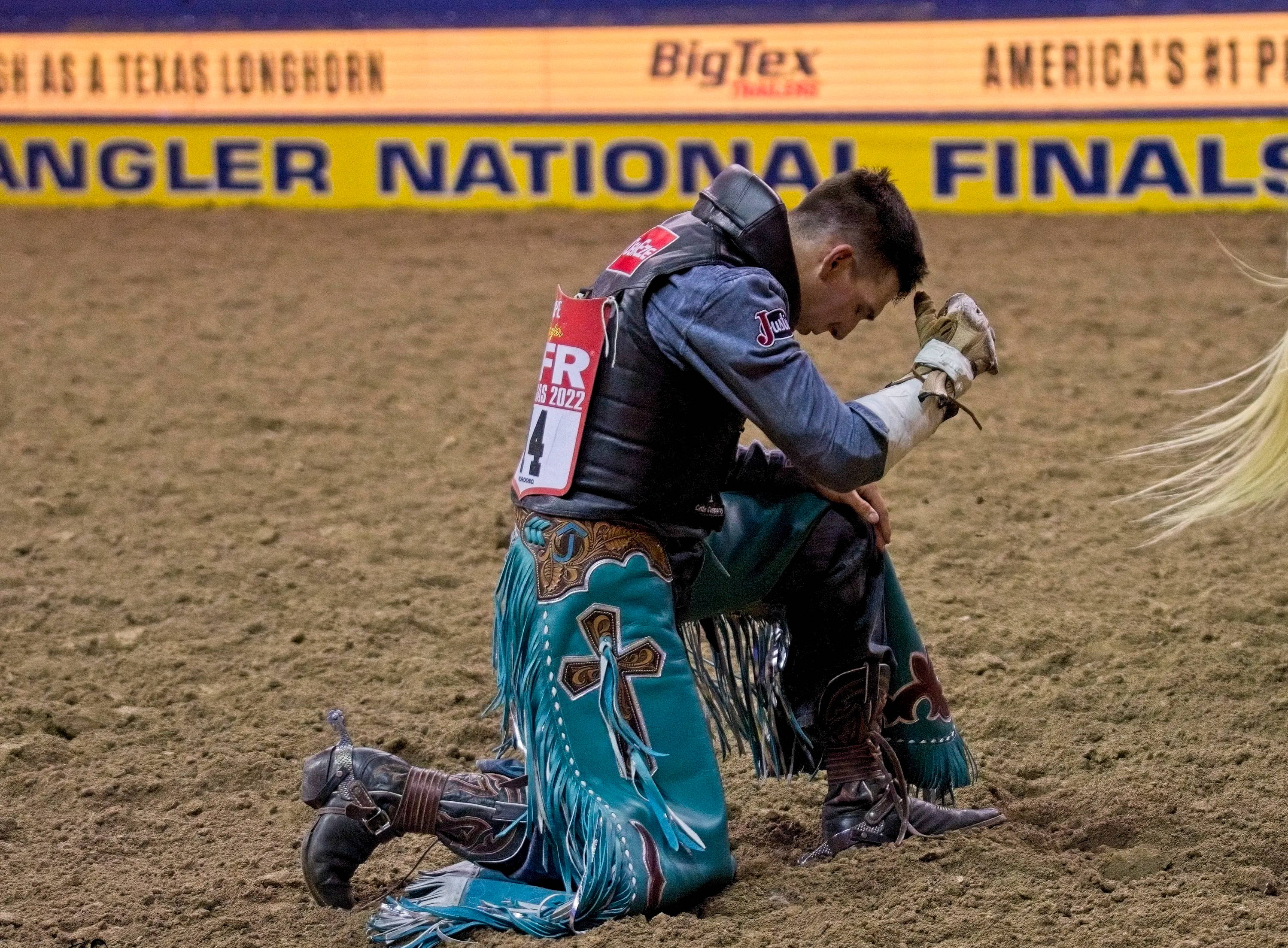 He had his family – dad and mom, Bret and Jennifer, and his younger brothers, Ty and Judd – to offer support, but there was also his Sydney, the woman he will marry in May. They shared prayers and good times while in Las Vegas, and now they’re planning a life together. He could use his NFR earnings to buy some more cows, but he’ll likely build a house for himself and his bride-to-be.

“The trailer house we live in now probably ain’t going to cut it,” he said with a laugh.

He’ll be able to do a lot with the money he’s collected over the years. In just 30 nights at the NFR spread over three years, Pope has pocketed just shy of $700,000. That should cover the cost of a nice house overlooking some acreage just where they want to live.

When he’s not on the rodeo trail, the Kansas cowboy likes to take care of his own herd while also finding day work for ranchers in the area that need things done. He is, after all, a cowboy, whether he’s riding bucking horses in Las Vegas or chasing bulls through an open pasture in the Kansas Flint Hills.

“I was just showing up and taking it one horse at a time … being a cowboy,” Pope said. “When you’re day-working or anything, whatever you have in front of you, you have to do your job, and that’s what I was able to do.

It should. It’s rodeo’s gold.