Arlington, Texas, has been a good place for Resistol cowboy Paden Bray to work his craft.

Bray is a team roping heeler from Stephenville, Texas, a rodeo-laden community just less than 100 miles southeast of Arlington, home of the Dallas Cowboys and Texas Rangers. A few days after his 22nd birthday in December 2020, Bray arrived at Globe Life Field, the one-time home of the National Finals Rodeo during the pandemic.

He and heading partner Erich Rogers went straight to work. There were no first-timer jitters for the young Texan. With the 2017 world champion leading the way, Bray followed, and the tandem walked away with the NFR average championship. Three months later, they returned to Arlington for The American at AT&T Stadium, where the magic continued. They each pocketed $100,000 by winning the team roping title.

“That’s a once-in-a-lifetime experience to win that rodeo,” said Bray, 23, the 2019 Resistol Heeling Rookie of the Year. “To have the cards fall our way to come out on top is an unbelievable experience. That’s one you want to win financially, and the experience is pretty hard to beat.”

They will have a great chance to follow up with another title at this year’s event. Because they finished among the top 10 in the world standings in the 2021 ProRodeo season, they received an exemption to compete. They will be in the field in the long round, set for Friday, March 4, at Cowtown Coliseum in the Fort Worth (Texas) Stockyards. The top times and scores in each event will advance to the next round, which takes place Sunday, March 6, in Arlington.

“That stadium has a surreal feeling to it,” Bray said. “I’ve been there twice now. Even before I made it, I was on the cattle crew. When I made it, I realized how big and beautiful the stadium is. You could actually feel the noise of the crowd come through the arena.”

That’s part of the experience, but so is the purse. The exempt contestants will battle for the $100,000 first-place prize, but The American is unique because six of the top cowboys and cowgirls in each event will have worked their way to the long round through a series of qualifying events. If a qualifier goes on to win, that person will earn at least a share of the side pot, which is typically $1 million.

Because no qualifier won in 2021, that amount rolled over into this year’s kitty, making the side pot worth $2 million. There is a chance that two people could be earn a million dollars by the time the final event concludes that Sunday afternoon.

“I would put The American on a bigger platform than most, and I have qualified and gotten an exemption,” Bray said. “I’ve been on both sides of it. The amount of money it brings is like a lottery ticket. If the cards fall your way, you could be a millionaire, and that’s what every cowboy dreams of.”

He will be one of six Resistol heelers in the mix at The American, joining:

Travis Graves is a 13-time NFR qualifier who has been in contention to win the elusive gold buckle on several occasions. He won the NFR average championship in 2017 while roping with Chad Masters. In 2021 while roping with Dustin Egusquiza, Graves placed in three rounds, including two round wins; they split the seventh-round title and won the 10th round outright. He finished fifth in the world standings. 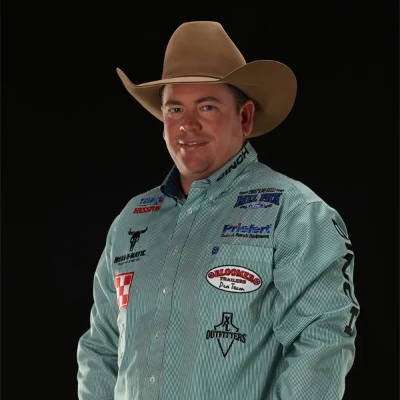 In his 11 qualifications to the NFR, Jake Long has finished among the top 10 in the world standings eight times. That’s an incredible string of excellence he’s roped together over the years. Last year, he finished sixth while roping with three-time champion Clay Tryan. At the NFR, they placed in five rounds, including a tie for first place on Night 7. They placed fourth in the average and earned $103,836 in 10 December nights. 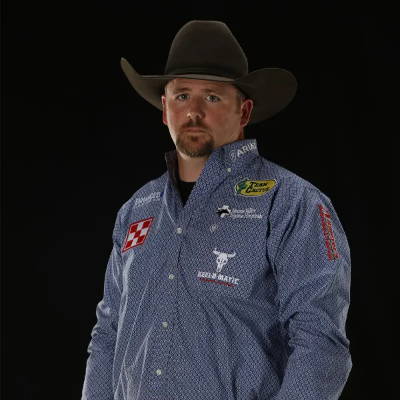 Nine seasons ago while competing at Eastern New Mexico State University, Logan Medlin won the first of two straight college championships. It took him seven years to reach rodeo’s pinnacle event, the NFR in 2020. Last year, he returned to ProRodeo’s grand finale with Coleman Proctor, and the duo placed in six rounds, including two wins; they shared the ninth-round victory and won the fifth round. They also tied for third in the average and earned more than $106,000. Medlin finished eighth in the world standings. 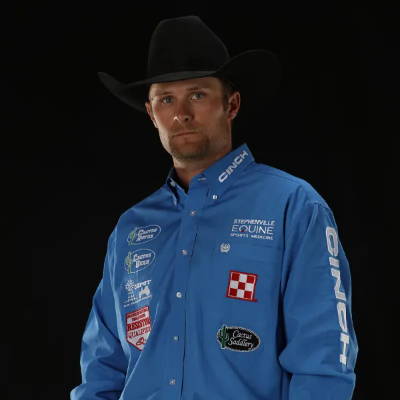 It wasn’t long ago that Wesley Thorp was the young kid on the block. Now, he’s a six-time NFR qualifier and a world champion; he earned the latter in 2019 while also roping in the average championship with his partner, fellow Resistol cowboy Cody Snow. What’s just as impressive as that incredible run two Decembers ago is that in his six trips to ProRodeo’s championship, he’s never finished outside the top 10. At the 2021 finale, he and Snow placed in three rounds, including a tie for the Night 9 title. 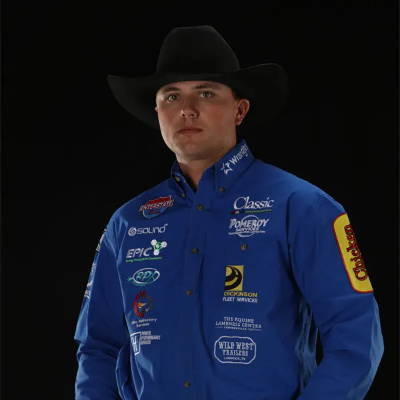 Trey Yates was born to do this. He is a third-generation cowboy, following in the footsteps of his grandfather, Dick, and father, J.D. He first qualified for the NFR in 2018 and won the average championship with Aaron Tsinigine. He returned this past December with fellow Resistol cowboy Tyler Wade, and the two won the first go-round and placed on two other nights. Yates finished the year 10th in the heeling world standings. 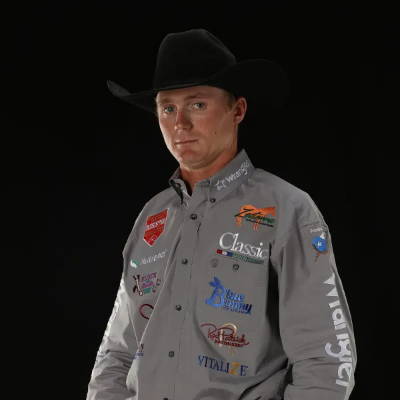