Pope to Battle for Title at NFR

WAVERLY, Kan. – The truest form of competitor comes out at the most unexpected of times.

Michael Jordan’s defining moment came in Game 5 of the 1997 NBA Finals, when he battled the flu but still scored 38 points in the Chicago Bulls’ victory over the Utah Jazz.

“What happens with everybody else is out of my control when I get there,” said Pope, who credits much of his success to his sponsors, DewEze, Mahindra, Roxor, Mack Steel, Phoenix Performance Products, Graham School for Cattlemen, Resistol, Bloomer, Panhandle and Rock and Roll Clothing, Veach’s Custom Leather, Emporia Livestock Sales and T Bar T Cattle Co.

“I’ll control what I can control. I’m going to ride each horse to the best of my ability and see how that falls each night.”

Since that day in early July, he’s taken some herbal and prescribed medicines to control the pain. Beyond that, he’s proven just how tough he is and what kind of cowboy it takes to ride bucking horses on days when it may be difficult to walk. His pointed focus has been a main contributor to his place in the standings and his ability to overcome adversity. 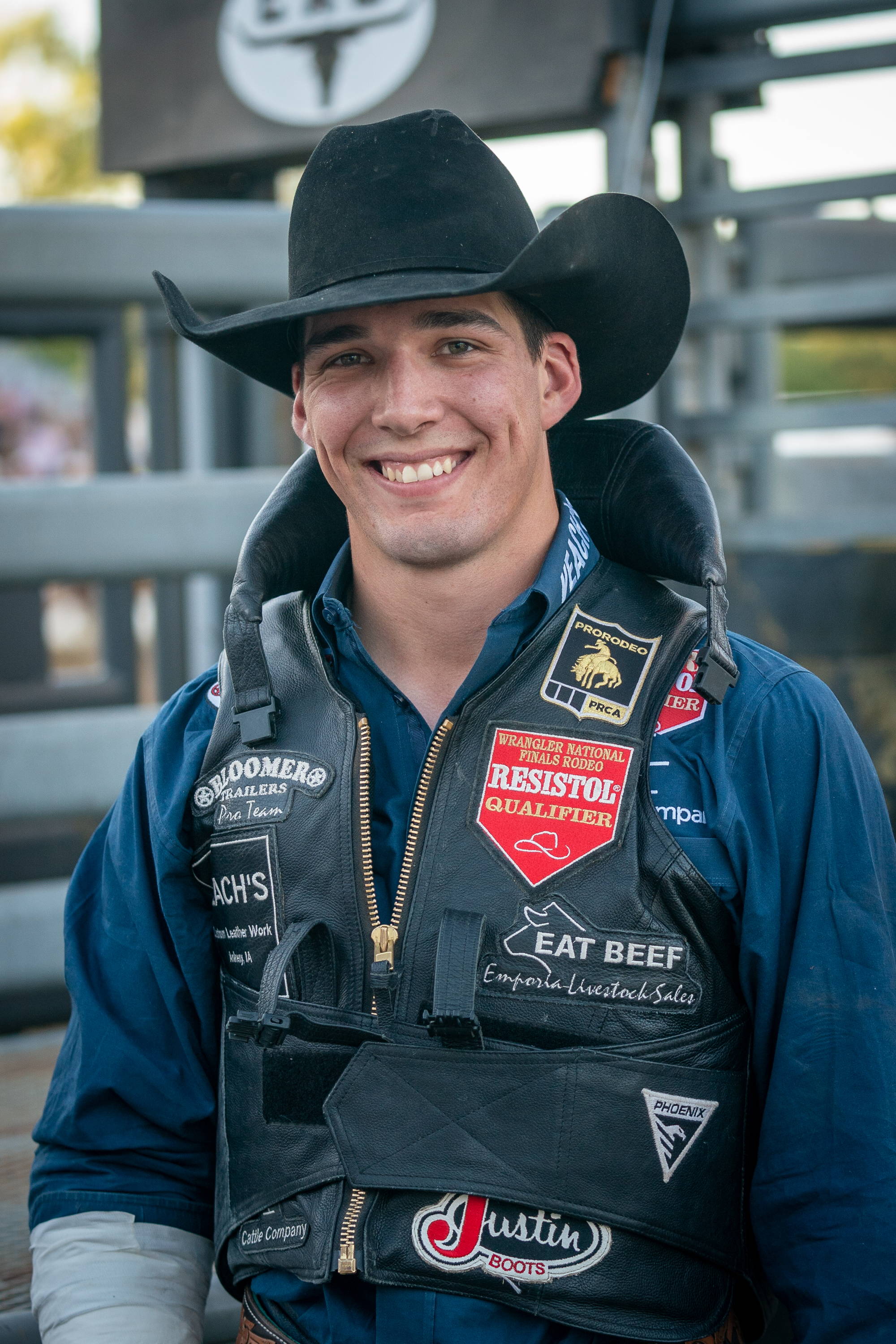 “I think the big thing for me since I started out is just growing up quite a bit,” he said. “When you travel as many days throughout the year, you have responsibilities at home; you have a fiancé and a family and other things you have to take care of. It makes you mature and learn how to slow down and smell the roses.

“Everybody learns how to do that, but for some people, it happens faster than others. For me, it had to come really fast. I wanted to be able to do these things and enjoy this life. You have to find the positives and make every day count.”

That’s just how Pope looks at each day. From taking care of himself and his place to feeding his animals and handling day work as a cowboy in the Kansas Flint Hills, he accepts each opportunity for what it is.

“I enjoy my life,” he said. “I enjoy every day I get to be around my house, and I wouldn’t change my life for anything.”

There are some changes on the horizon, though. It comes with that maturity and seeing what the future might hold with his fiancé, Sydney Odle, to whom he proposed this past May while at her family’s place in eastern Colorado.

That was the highlight of his year, but he had some pretty special moments in the arena, too. He won 13 individual rodeos, including the prestigious RodeoHouston, in which he pocketed more than $60,000. He also has some other key victories scattered throughout to keep him in the middle of the world-championship race from the spring to the fall. 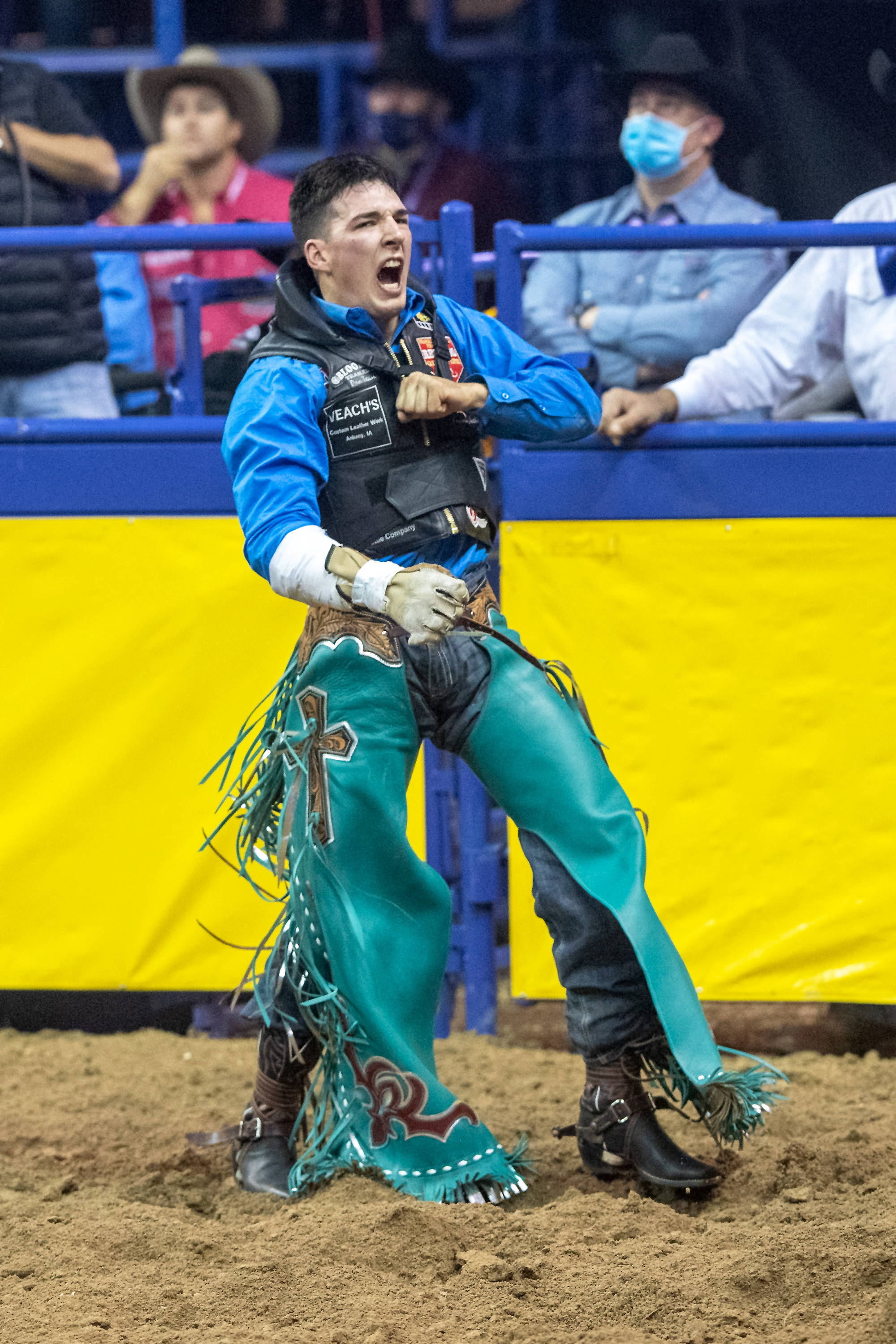 That extensive travel may be enjoyable, but it can have its downsides to a man with responsibilities back home. He has his own herd of cattle, and they need tended to whether he’s there to do it or not.

“The toughest part is trying to have a plan for after rodeo and to make everything work,” he said. “To focus on rodeo, I have to make sure to get everything done when I’m at home. I have my cowherd. It’s just an ongoing process to make everything better so I have a good retirement one day.”

“I feel like you can always improve, because nobody’s perfect,” said Pope, who attended Missouri Valley College on a rodeo scholarship. “Once you stop improving, then you’re at your max. I don’t think you can get there. There’s always something I’m working on, or I’m studying other guys to see what I can do different.

When the season comes to a close Dec. 10, whether he’s earned another NFR average title or holds the Montana Silversmiths gold buckle, Pope hopes one thing describes him.

“You have to have a purpose to be riding, and being consistent fulfills that purpose.”