Logan Making Hay at the NFR

To say that the month of July was a turning point for Logan Hay would be a bit of an understatement.

For the first time in his career, Hay earned the coveted championship at the Calgary Stampede in his home province of Alberta. Two weeks later, he set a new standard in saddle bronc riding by riding Calgary’s Xplosive Skies for 95.5 points, a world record for highest score ever.

Those two experiences were worth nearly $75,000, with all but $25,000 counting toward the 2022 world standings. It’s a big reason why Hay earned his first National Finals Rodeo qualification and will head to Las Vegas seventh in the world standings with $139,440.

It was the highlight to a terrific season for the 25-year-old from Wildwood, Alberta. He is the oldest son of bronc riding legend Rod Hay, and he will join his younger brother, Dawson, in the field of 15 competing for the 2022 world championship. Their father is also in the ProRodeo history books with 20 NFR qualifications, second most to Billy Etbauer for trips to the finale by a bronc rider.

Now, the next generation is taking the reins. Logan Hay finished the 2021 campaign 17th in the world standings, just missing the mark on qualifying for last year’s NFR by two spots on the money list. He got over the hump this season, and he has a lot to show for it.

He’s also added a bull riding crown in 2020 and owns the last three all-around titles. He will be the only contestant in the 120 competing in the Nevada desert competing in two events, so he has the edge on making it four in a row.

This season, the 23-year-old Wright won 17 bronc riding titles, including in San Antonio; Fort Worth, Texas; Reno, Nevada; Cheyenne, Wyoming; Lovington, New Mexico; and Ellensburg, Washington, to name a few. He finished the campaign with $193,120 and will be the No. 2 man in the world standings. He is $60,071 behind the leader, Sage Newman. 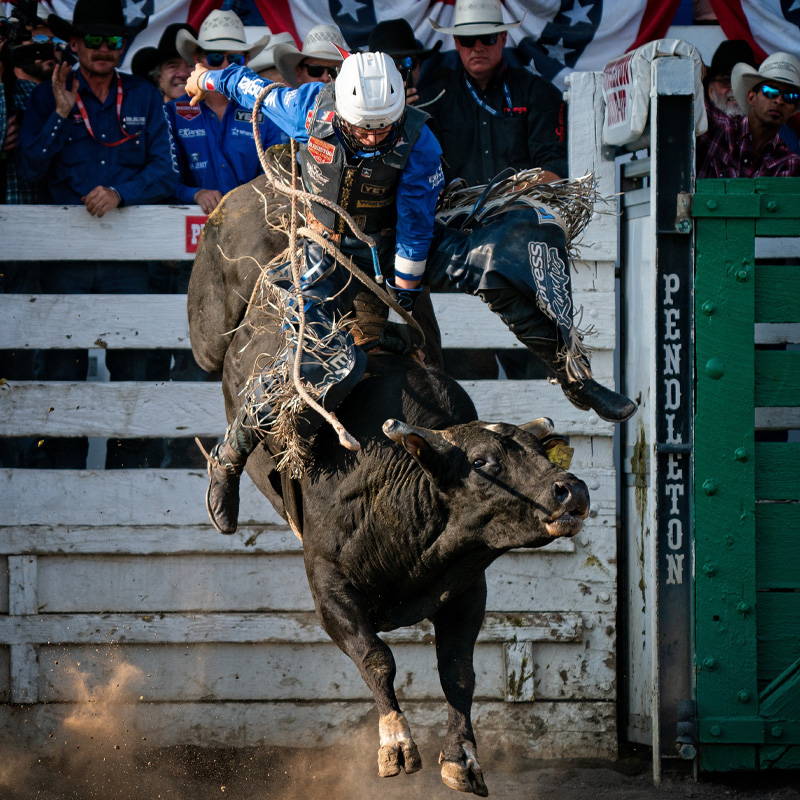 Ryder Wright was just 18 years old the first time he made the National Finals Rodeo and 19 when he won his first saddle bronc riding world championship.

He’s now back for the seventh straight year, entering the championship fourth in the world standings with $161,920. He had some nice victories, but the key to his success was performing well consistently. He didn’t need to finish first to win a big check. He did that all year long.

He became the first of Cody Wright’s four sons to win a world championship, carrying on a family legacy in 2017. He added a second Montana Silversmiths gold buckle in 2020. In his years of competing at ProRodeo’s grand finale, Ryder Wright has been joined by older brother, Rusty, and younger brother, Stetson, a five-time world champion.

Last year, he finished the season second in the world standings, just $1,200 behind Stetson. In his immediate family, the Wrights have five saddle bronc riding world titles with his two, Cody’s two and Stetson’s one. Throw in rodeo gold earned by uncles Spencer and Jesse, and it’s no wonder the family has a grand legacy. 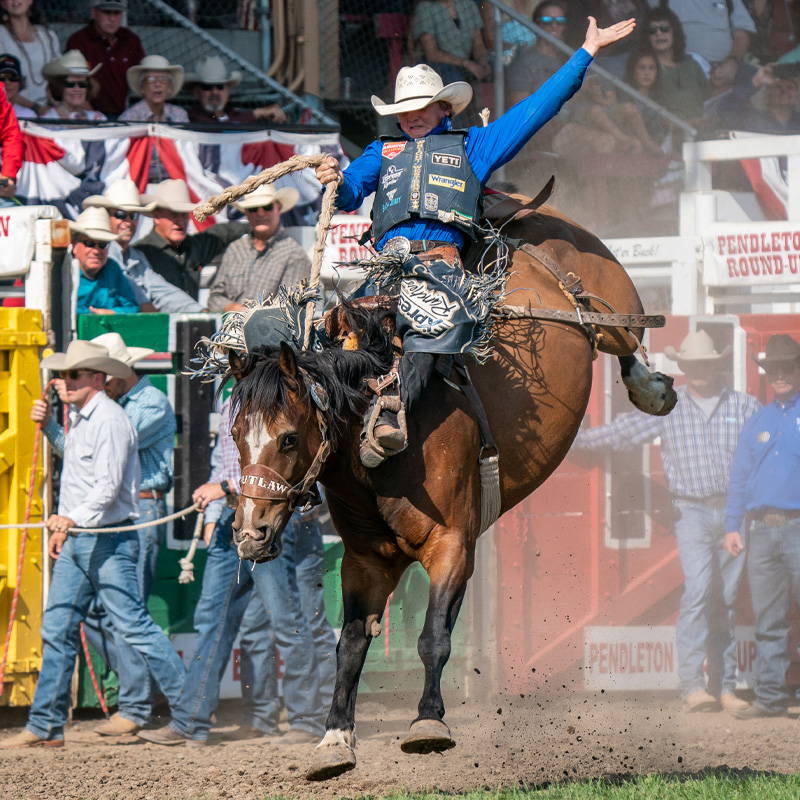 In his inaugural trip to the National Finals Rodeo, some rodeo naysayers suggested Wyatt Casper only earned his qualification because money earned at The American counted toward the world standings.

Sure, that helped, but he would have still been among the top five without that $50,000 bonus. In the two years since, the 26-year-old has proven he deserves his place among the best. He earned his third straight qualification by finishing 11th in the world standings. He earned $123,802 in a campaign that saw him miss much of the last three months because of a hamstring injury.

If he can do that well while hampered, imagine what he might be able to do once that leg is ready to go.

“With one negative, there’s a positive, and that was being able to come home and hang with the wife and kids and doing stuff I don’t normally get to do,” Casper said of his wife, Lesley, and their children, Cooper and Cheyenne. “I don’t know what they’re going to do when I’m out rodeoing again.” 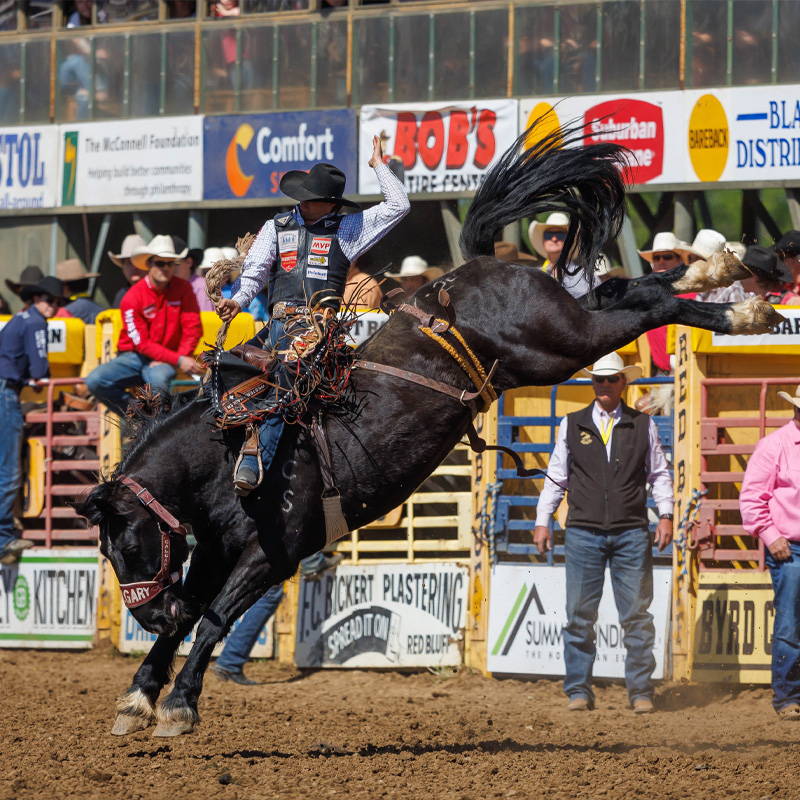 Chase Brooks knows just what it means to be successful in Las Vegas.

Last year, he kicked off the 10-round affair by sharing the first go-round victory, then went on to place five more nights. He finished second in the National Finals Rodeo average race and returned to his Montana home with just shy of $162,000 in Nevada earnings. He finished fourth in the 2021 world standings.

This is his fifth straight trip to the NFR. Brooks finished the regular season 13th on the money list with $113,992, helped by key wins in Weatherford, Texas, and two events in Tremonton, Utah, along with other titles and brilliant finishes throughout the season.

When he arrives in Las Vegas, he’ll have a new fan in tow: His daughter, Charli Jo, was born in June, so a 6-month-old will be the perfect person to greet Daddy every night, no matter what happens inside the Thomas & Mack Center. 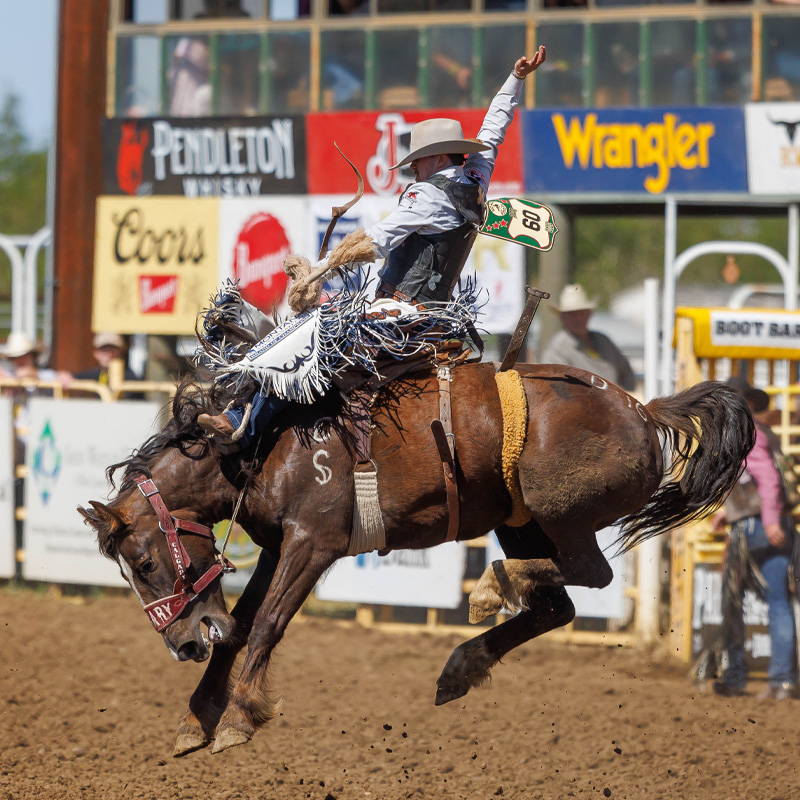 A dozen years ago, Rod Hay went to the National Finals Rodeo for the final time in his storied career and finished the campaign with about $130,000 in earnings.

His middle son, Dawson, gathered $100,000 in one day when he won The American this past March. That didn’t count toward the world standings, but it definitely helped pave the way to Dawson Hay’s third NFR qualification. He finished the regular season 14th on the money list with $111,718.

Now, he hopes to grab his share of the $1.4 million purse that’s available over the 10 nights of this year’s championship. 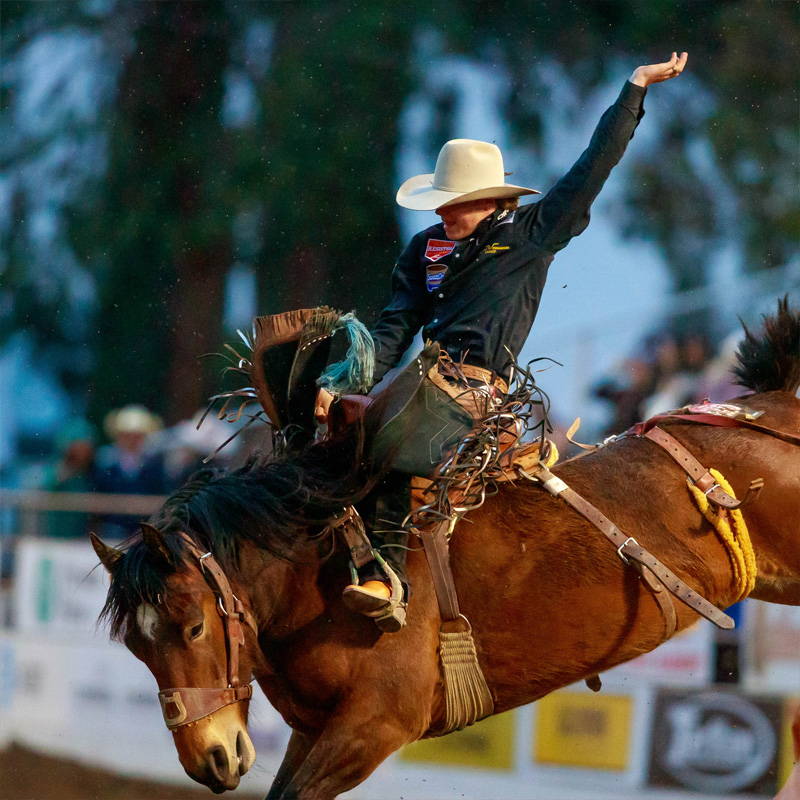