Resistol Heelers Lead a Contingent of Top Hands Into the NFR

They are two of the greatest team ropers who have yet to be crowned world champions.

They were raised on roping not far from one another; between them, Resistol heelers Jake Long and Travis Graves have a combined 25 qualifications to the National Finals Rodeo. While Montana Silversmiths gold buckles are the century mark for cowboys competing in ProRodeo, it’s not what defines either of them.

Long is the No. 2 man in the world standings with $130,332, but he trails the leader, Brazilian Junior Nogueira, by nearly $98,000. Now, though, they are about to compete at the richest rodeo on the planet, which offers a $1.4 million payout. Long can catch Nogueira by the time Night 4 comes to a close, because go-round winners will pocket just shy of $29,000 a day for 10 nights.

Graves is seventh on the heeling money list with $106,737, but he is one of the most experienced men in the field. This season marks his 14th appearance in the big show, his 13th straight. The only time he’s missed the finale was in 2009, and he still finished among the top 25.

From the small town of Jay, Oklahoma, on the eastern edge of the Sooner State, the 38-year-old Graves has been dominant. This his the third straight year he will rope at the with Floridian Dustin Egusquiza, and the two have made quite a team. This year, the duo collected eight event titles, including a solid run through the Northwest with wins in Washington communities Moses Lake and Bremerton and Hermiston, Oregon.

Graves travels the rodeo trail with his primary partners: wife Tamika, son Tee, 10, and daughter True, 9. Because the kids are homeschooled, it allows the talented cowboy the chance to handle his business while also remaining close to his family – that’s not often the case for contestants making a living in the sport; they oftentimes leave home the middle of June and don’t return until the regular season comes to a close the end of September.

Over his storied career that began two decades ago, Graves has teamed with some of the greatest ropers ever to have played the sport. From Turtle Powell to Clay Tryan to Chad Masters to Colby Lovell to Kaleb Driggers to Trevor Brazile, his list of teammates reads like a who’s who of world champion headers.

Coming off an NFR that saw him and Tryan win more than $100,000, Long made a significant move early in the campaign. After winning Houston together, he and Tryan switched partners; Long started roping with two-time world champion Clay Smith, and Tryan teamed again with three-time titlist Jade Corkill.

The move paid off for Long, though there was a bit of trepidation after Smith suffered a compound fracture of his right leg in Prescott, Arizona, during the Fourth of July run. Long made due while Smith went to work, returning to the game ahead of schedule while still wearing a walking boot.

The first week back in the saddle, Smith and Long won the title in Dodge City, Kansas, and it marked the first Roundup victory for Long, 38, of Coffeyville, Kansas.

Twice in his career, Long has finished third in the world standings. That’s just one layer of proof of the talent he possesses, but there’s even more. Since 2010, he’s only missed the NFR one time, and that came in 2013, the year he finished 16th, just a spot out of playing on the top level. 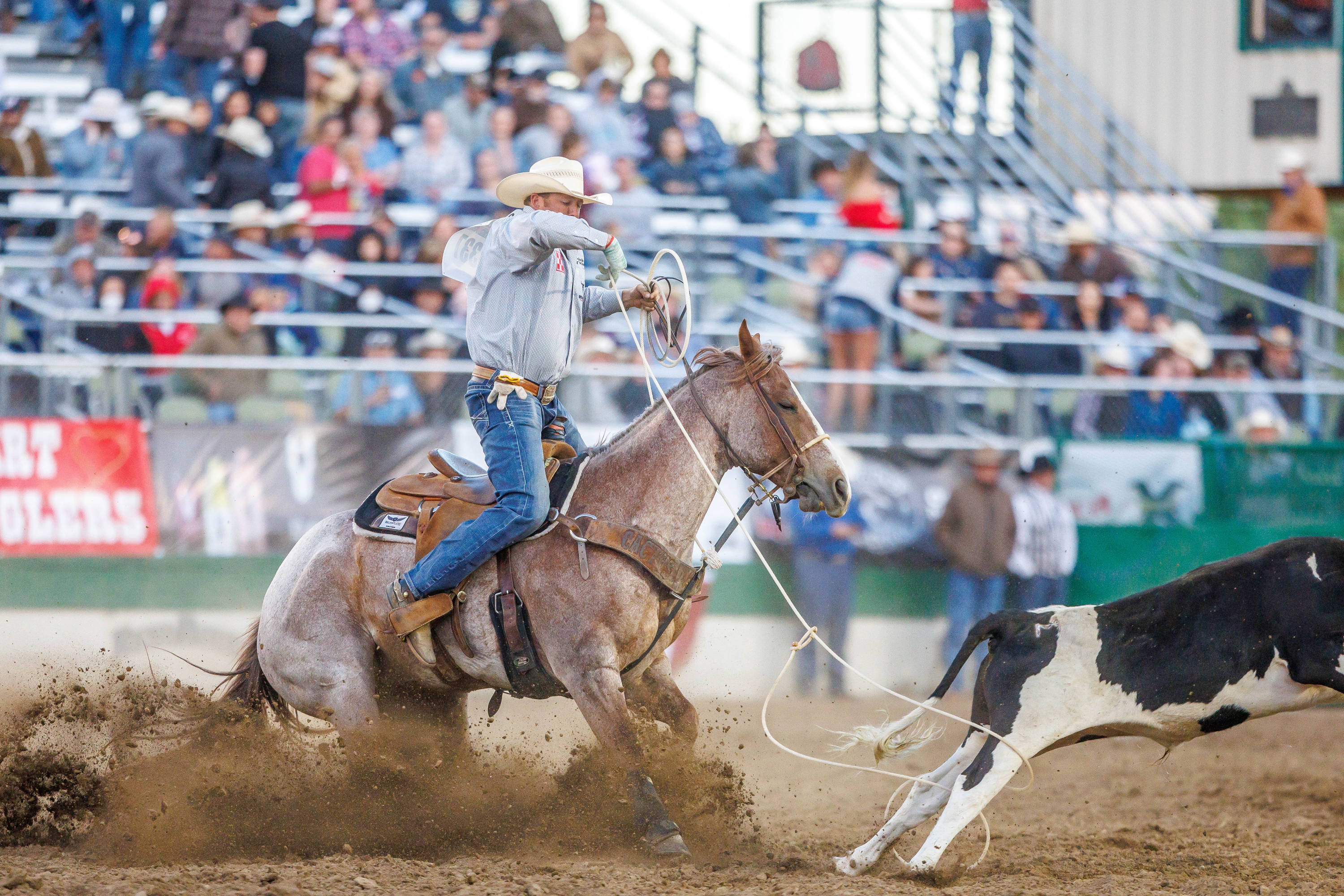 Coming off his best National Finals Rodeo, Logan Medlin had the best regular season of his career in 2022. He’d like that trend to continue over the next 10 nights of the year.

He’s riding the two-time Heeling Horse of the Year in Drago, which was second in voting this season. Having great horsepower combined with his talent with a rope has proven to be beneficial. Because of Drago, Medlin made his first NFR while roping with Charly Crawford. Last season, he teamed with Coleman Proctor, and each man earned $106,000 in Las Vegas.

They’re together again this year, and Medlin will ride into the Thomas & Mack Center fifth in the world standings with $110,692.

“Coleman is the perfect partner to have for someone like me that likes to take it too seriously,” he said. “He keeps the mood light and is always positive. I think we compliment each other. He’s taught me a lot about being positive that I hadn’t really paid that much attention to before, and I think it definitely helps.” 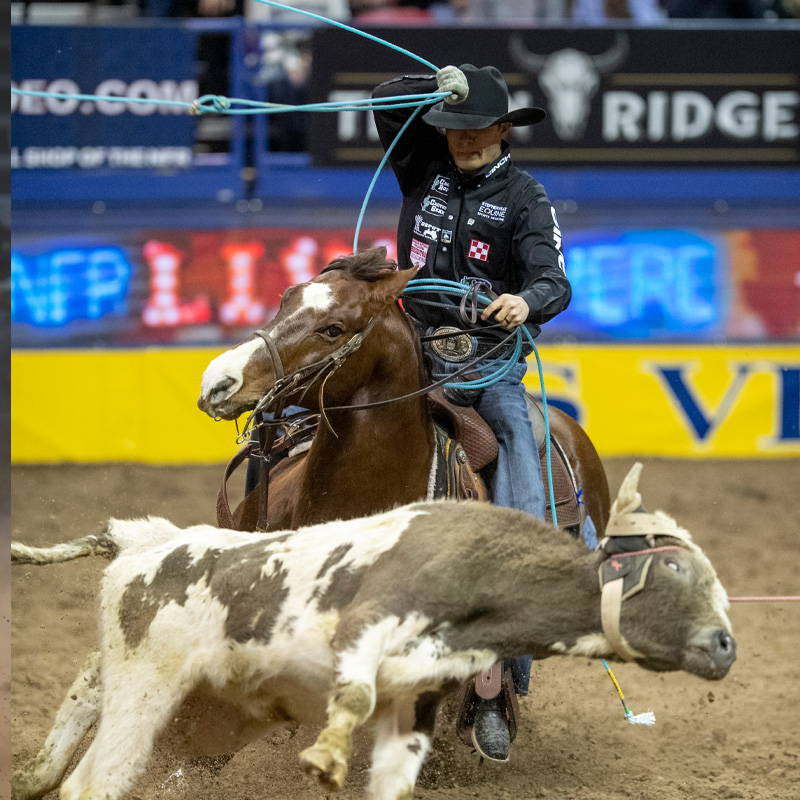 If possible, Levi Lord would love to have a repeat performance from his first National Finals Rodeo qualification. If he could do a bit better, that would be great, too.

Lord, who qualified for the 2022 championship with fellow South Dakotan Jr. Dees, is ninth in the heeling world standings with $97,443. He’s two years removed from making the NFR with Nelson Wyatt, when they each pocketed nearly $116,000 that December in Arlington, Texas, during the finale’s one-year hiatus from its home at the Thomas & Mack Center.

Lord will get to play his game in Las Vegas, the NFR’s home since 1985. By roping with Dees, they became the first all-South Dakota team to compete at ProRodeo’s championship event. It’s a significant statement for cowboy that was raised in the Badlands Circuit by a top hand in the region.

Now, it’s up to Lord to prove what talent and fortitude he possesses as he returns to the biggest stage of his life. He has regularly been among the top 40 heelers in the world standings since he jumped onto the rodeo scene nine seasons ago. 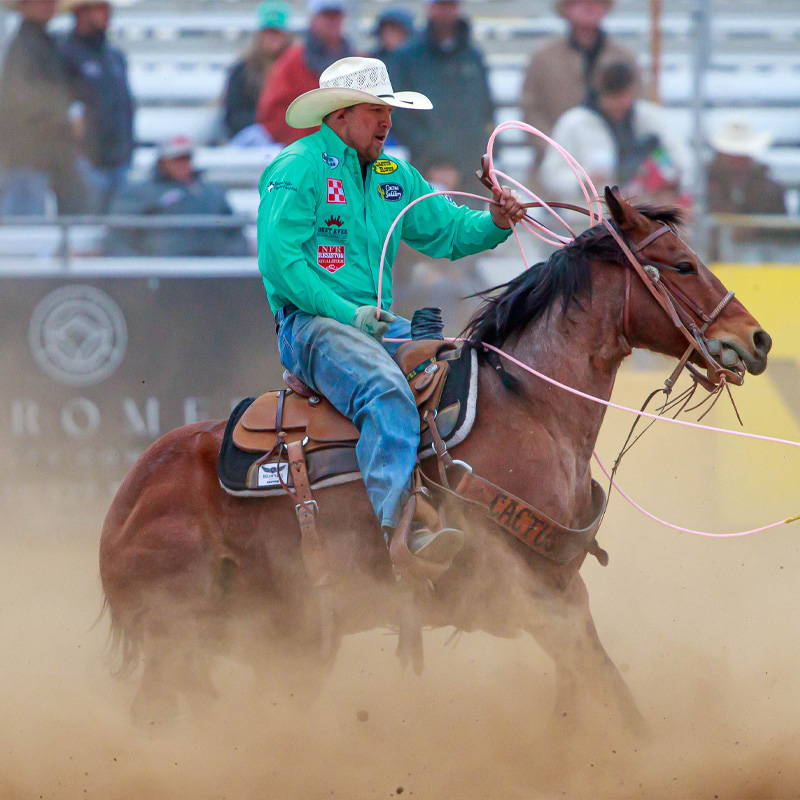 The first time Trey Yates qualified for the National Finals Rodeo in 2018, he and his heading partner, Aaron Tsinigine, won the average championship. Is the third time the charm for the third-generation cowboy.

Roping with Tyler Wade, Trey Yates earned $95,011 this season and heads into Las Vegas No. 10 on the money list. The two started their partnership in 2021, and they were on the big stage together last December.

They won the first go-round and placed on two other nights. They earned more than $67,000 during their run together in the Nevada desert, and Yates finished the year with more than $155,000 in earnings. They can do that again this year, all during their 10-day performance at the NFR. 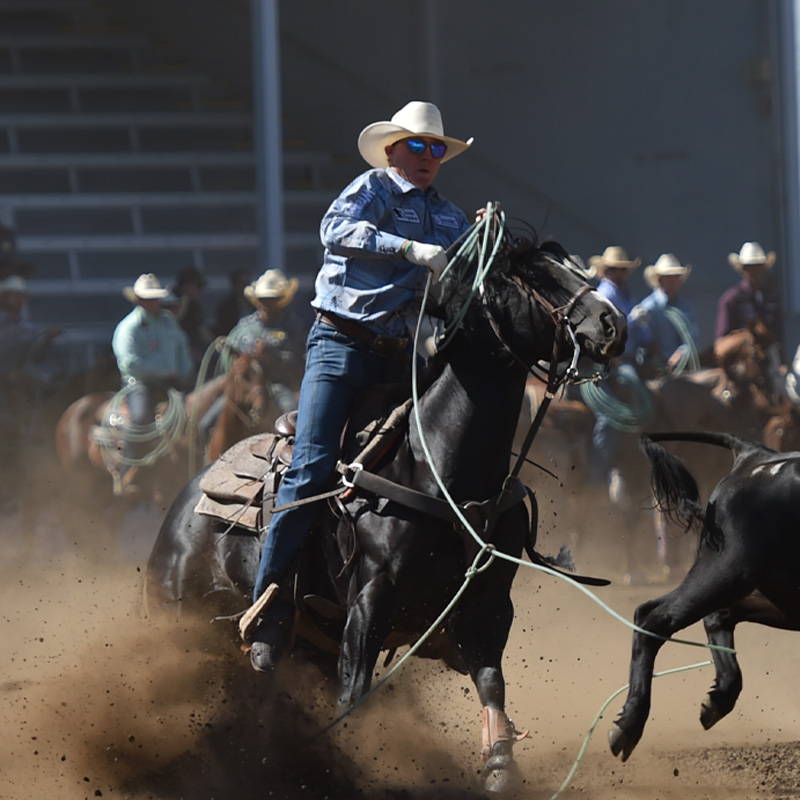 It seemed to take Joseph Harrison a little while to find his place in ProRodeo. He had always shown the promise, but he wasn’t getting over the hump.

That changed in 2017, when he just decided to make the leap and see what rodeo offered. He and Charly Crawford qualified for the National Finals Rodeo together that year, and Harrison hasn’t looked back. This year, while roping with Bubba Buckaloo, Reno Stoebner and Coy Rahlman, Harrison collected $92,115 and sits 11th in the world standings.

Last year, he and Quinn Kesler found out what the roller coaster of the NFR looks like on the bottom side of the bracket. They placed in three rounds but earned less than $30,000. This year, Harrison will reunite with two-time world champion Chad Masters. That may lead to the right magic in Sin City. 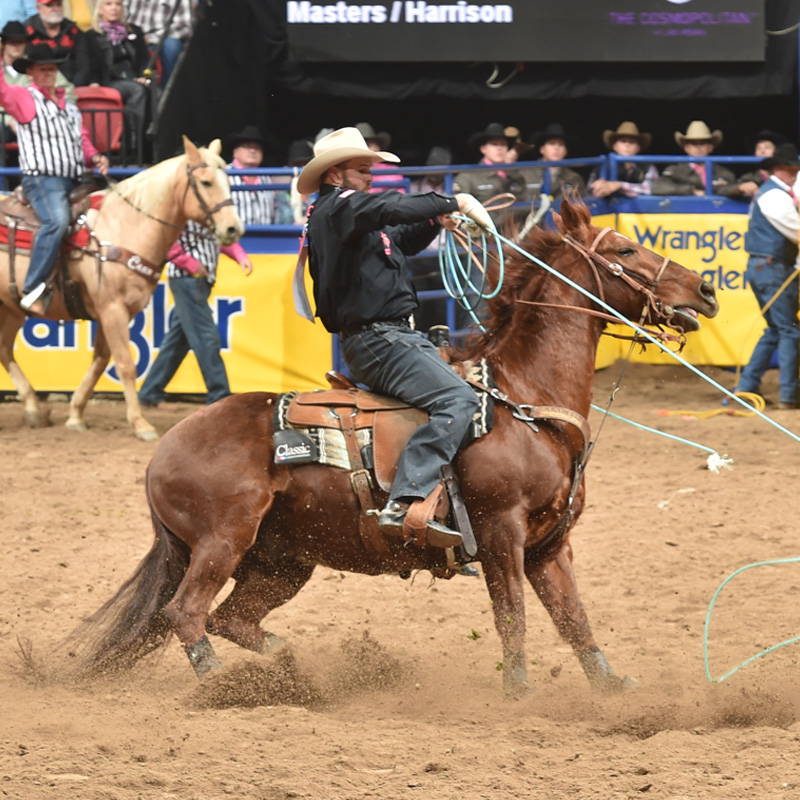 It seems like yesterday that Wesley Thorp and Cody Snow won the National Finals Rodeo average and Thorp walked away from Las Vegas with the heeling Montana Silversmiths gold buckle.

That was three Decembers ago, but Thorp and Snow have continued to be a presence when it comes to competing in ProRodeo. During their magical run in 2019, each man collected nearly $162,000 in Las Vegas. Thorp finished this year’s regular season 12th on the money list with $91,843.

This is the Texan’s seventh straight NFR bid, starting his run with Zac Small in 2016. He and Snow have been roping together ever since. That partnership alone has been worth more than $900,000 for Thorp.

Oh, and that gold buckle. There’s a lot of value that comes with that, and it’s the best evidence he possesses as to why Thorp continues to be a contender to add to his trophy case. 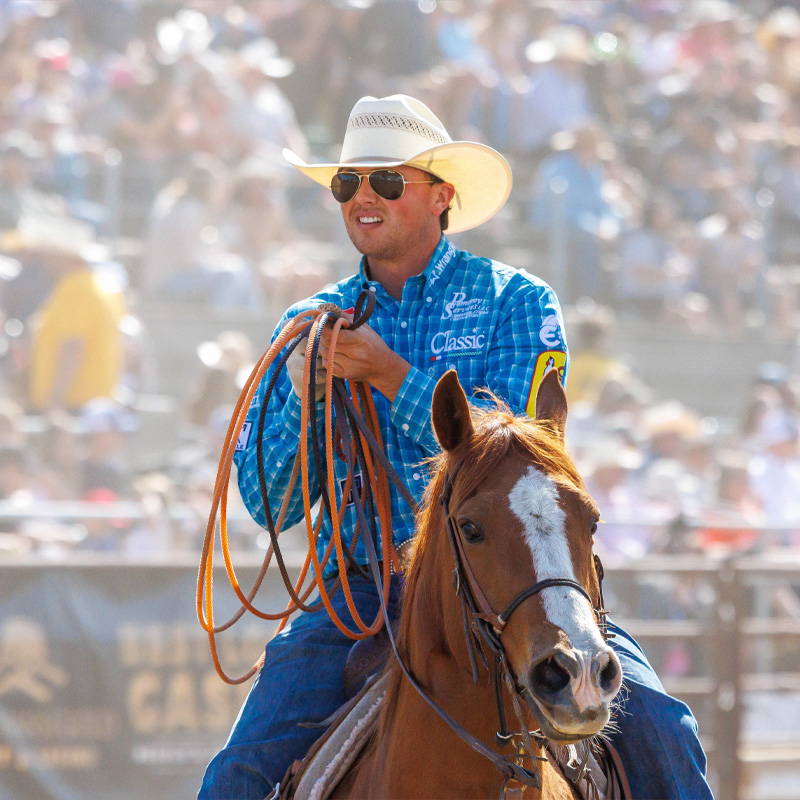 This might just be a match made in team roping heaven. Brye Crites and Jake Orman have dreamed about competing at ProRodeo’s grand finale, the National Finals Rodeo.

They teamed together a couple of years ago and took a big step toward that. This year, they crossed the threshold and will rope together inside the Thomas & Mack Center. Crites finished the year 14th in the world standings with $86,410.

Crites is from the tiny town of Halfway, Missouri, a community of 154 people north of Springfield, home of Missouri State University. He attended Northeastern Oklahoma A&M before obtaining his degree at Missouri State. He now lives in Welch, a town of 624, and he shares a home with his wife, Courtney.

He worked his way up the standings over the last few years, and now he has a chance to rope on ProRodeo’s largest stage. It’s only fitting. 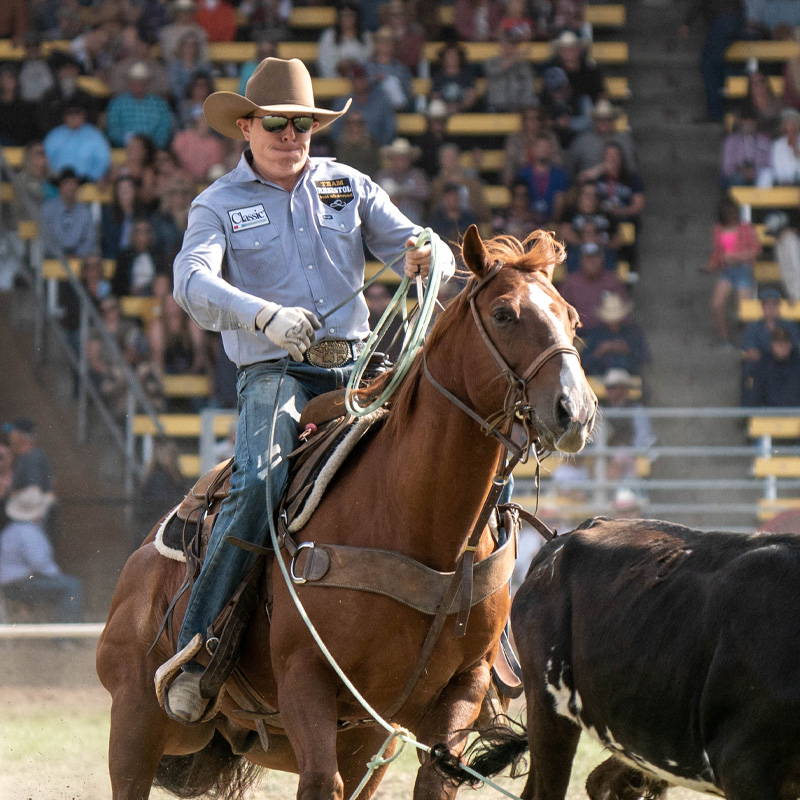 For years, Jonathan Torres roped with his older brother, Joshua, and they’ve blasted their talents all over North America. They won the Pendleton (Oregon) Round-Up this past September, and Jonathan punched his ticket to a first National Finals Rodeo qualification because of it.

Torres finished the regular season 15th in the world standings with $82,268. He didn’t always rope with his brother, though. In fact, he and Lightning Aguilera won the San Antonio Stock Show and Rodeo together, and now they will be partners during the 10-day championship in the Nevada desert. It is the first trip to the NFR for both Florida cowboys.

Whether he was roping with his brother or Aguilera, Jonathan Torres made sure this was a season to remember. He won two of the most prestigious rodeos in the sport, and he also four other event titles. What he can do in Las Vegas remains to be seen, but he’s got as good a chance as any. 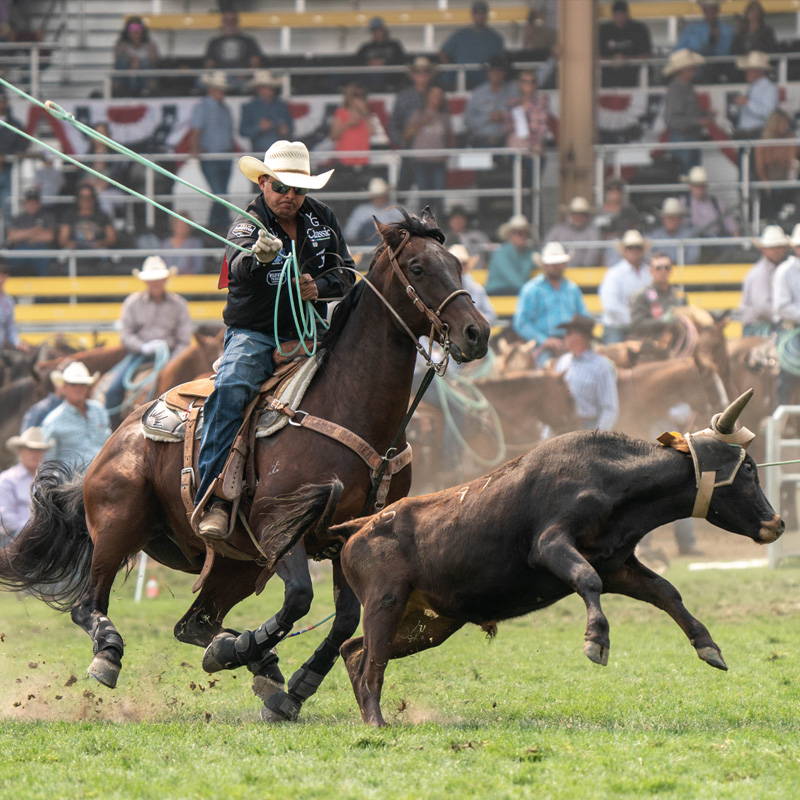