Casper Ready to Roll at the NFR 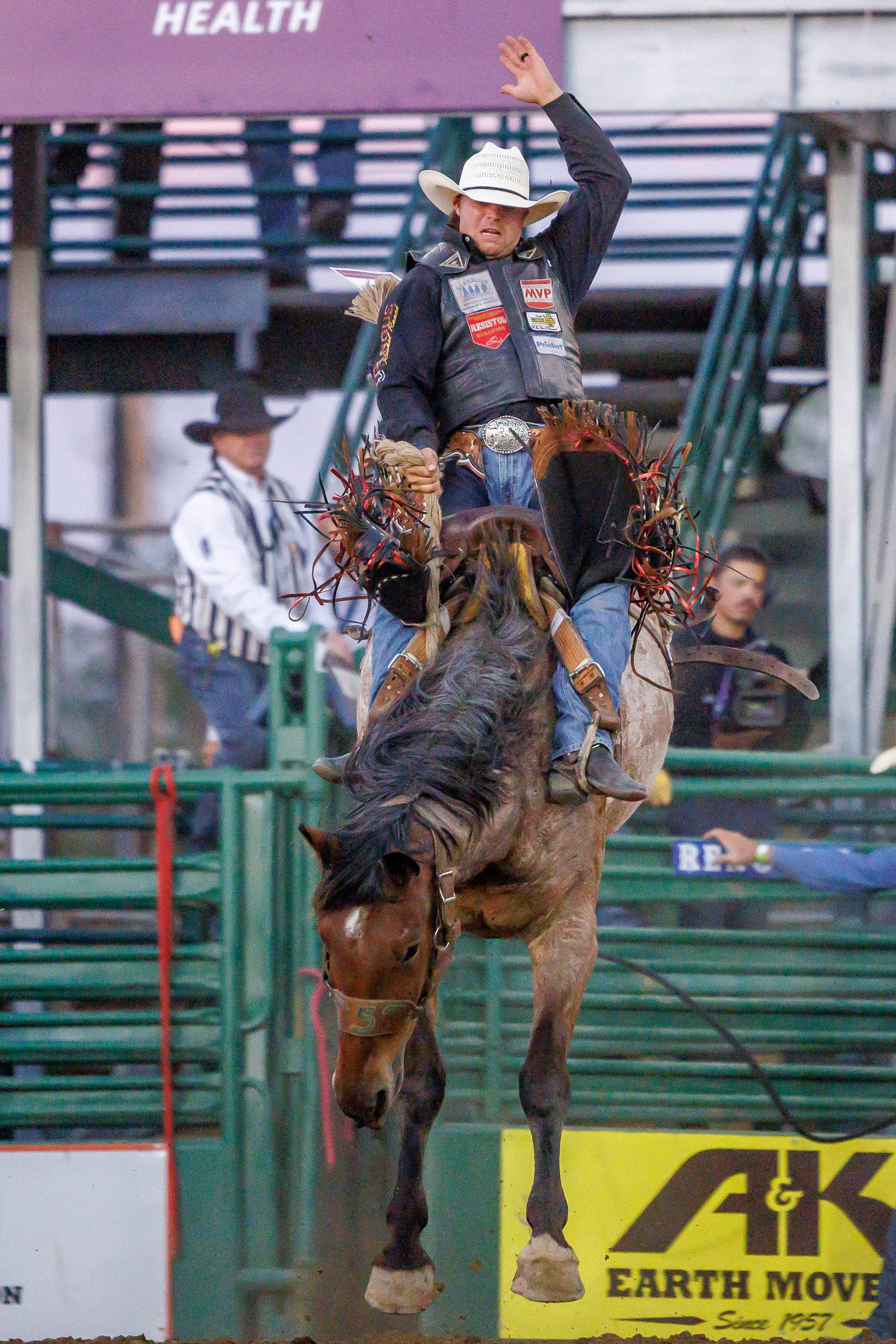 MIAMI, Texas – Wyatt Casper learned a valuable lesson through the course of ProRodeo’s 2022 regular season: Don’t try to rush back from an injury.

Casper is a saddle bronc rider who makes a living riding dynamite in the form of bucking horses. In early July, he suffered a partially torn right hamstring. He tried to ride through it, but that just didn’t work. He took two weeks off, returned, then spent two more weeks back on the injured list before trying it again.

He found his way back to the game by the end of that month and rode through the next two weeks, picking up checks along the way. In Heber City, Utah, though, he tore the muscle completely and had to finish out the season on injured reserve. It was back home to the Texas Panhandle to recuperate and hang out with his wife, Lesley, and their two children, Cooper, 4, and Cheyenne, who will be 3 in December.

“With one negative, there’s a positive, and that was being able to come home and hang with the wife and kids and doing stuff I don’t normally get to do,” said Casper, 26, of Miami. “I don’t know what they’re going to do when I’m out rodeoing again.”

Since that day in early August, Casper has been going through rehabilitation and getting himself prepared. His season isn’t over. He’s earned his third straight qualification to the National Finals Rodeo, the sport’s grand finale that takes place Dec. 1-10 in Las Vegas. He finished his campaign with $123,802 and will enter the competition in the Nevada desert as the 11th-ranked bronc rider in the world standings.

“It’s been a pretty cool year,” he said. “I would take every year like this if I could have a good start to the year like I did and still make the NFR even missing the last two months of the season.

“I’m still rehabbing my hamstring, slowly getting it ready for the finals. Shawn Scott (with the Justin Sportsmedicine team) and I got together, and he wanted me to give it 60 days off without getting on any broncs. We’ve been doing regular stuff, stretching it, band work and light lifting. I’m just trying ot get it 100 percent again. It feels really good.”

That bodes well for the Texas cowboy, who was raised on a place near Balko, Oklahoma, and moved to Texas to attend Clarendon College; he remained in the Texas Panhandle upon getting married in 2017. He finished the 2020 season as the reserve world champion to titlist Ryder Wright, then closed out the 2021 season eighth in the world standings. 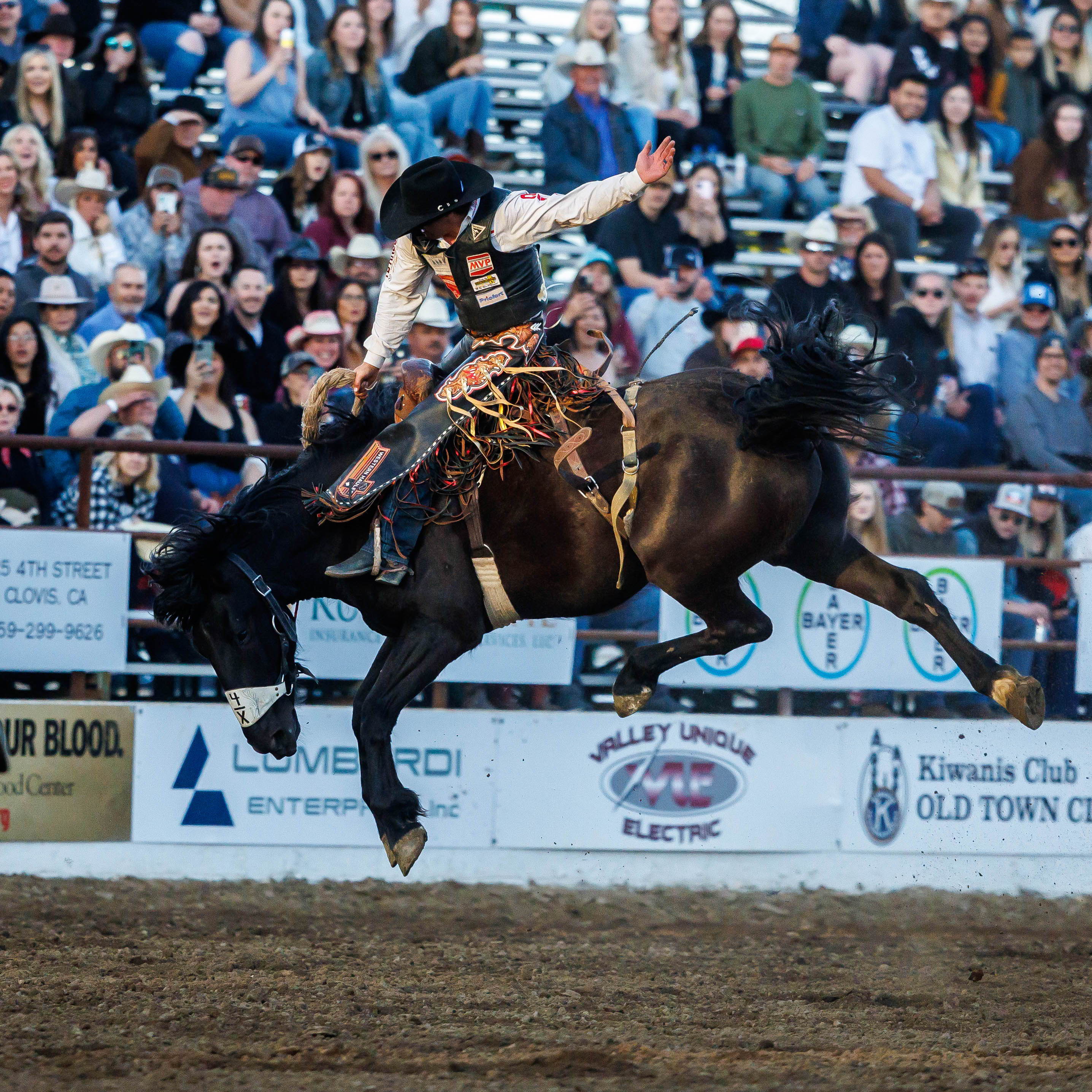 There were plenty of bright spots through his latest campaign. One doesn’t miss a good portion of the final three months of the regular season and still make the NFR without that. Only the top 15 contestants on the money list advance to the sport’s grand championship, and doing it three times in a row is quite an accomplishment.

“I don’t feel like I changed anything from what I’ve been doing that last couple of years,” Casper said. “I just kept a positive attitude and had good traveling partners.”

That’s helpful. He made his way along the ProRodeo trail with fellow bronc busters Jake Clark, Brody Cress and Lefty Holman. Cress and Holman will join Casper in Las Vegas.

“To be a good bronc rider, you’ve got to surround yourself with other good bronc riders,” said Casper, who is sponsored by Priefert, Superior Livestock, Resistol, Cinch, TD Angus, MVP Exceed 6 Way and Western Hauler. “We’re all a little different in our own ways, but at the end of the day, we all feed off each other and always try to have a positive attitude. If one guy’s down, we try to pick him up.

“Being able to qualify for the NFR three times consecutively is a feat in itself. The group of bronc riders you have to ride against day in and day out are the best in the world. To be able to say you’ve made it three times is pretty darn cool.”

A half-dozen years ago, Casper brought home the most cherished prize in college rodeo while attending school at Clarendon. He became the college’s first national champion and has built upon that since arriving in ProRodeo.

In a typical year when he’s not away from home, he rides and trains horses at his place near Miami. The injury put a damper on that a bit this year, but he’s been back at it and working himself into a frenzy to get back in the bronc saddle again. His body feels good.

“I haven’t been on a bronc since August, so I don’t have a lot of bumps and bruises,” he said. “I’m just ready to get out there and battle for 10 days.”

It’s a rugged schedule once he arrives in Sin City. There are bucking horses for 10 straight nights, and there are appearances and obligations when he’s not spurring an 1,100-pound bronc. He’s been part of it before, and each experience has offered him a bit of on-the-job training.

“The biggest thing I’ve learned is you need to ride all your horses,” Casper said. “I’ve been there two times, and I have yet to get them all rode. I’m going through the preparation, and I’m trying to get that all figured out before the NFR. I’m also trying to figure out how to take care of myself at the NFR.